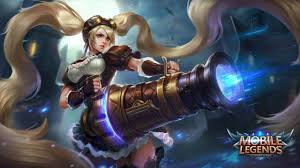 Mobile Legends is the most popular MOBA game for mobile console for now. There is so many player whom play this game. But sometimes when we playing this game, some people can’t play as a team and pick whatever they want, like two marksman at 1 match. Using two marksman in single game it can be a burden to a whole team. If you meet this condition, you must do this thing to win the game.

You need to calm down your tension if you meet this kind of player. If you mad of them a whole game, you just make it worst. Try to avoid any ganking enemy’s and try to farm well. We know, play with two marksman is hard, but it’s not impossible to win.

And the last thing is don’t waste your time. If enemy’s heroes wipe out, don’t wasting your time ! Go straight and push your lane, destroy turret as much as you can and finish the game. If this not possible, go to Lord so you can have an advantage on pushing lane.